The Incredible Hulk The Best Hulk

I do not wish for my review to sound biased or one-sided, but I still enjoy this film all these years later. I saw the 2003 Hulk, and although it has one or two good moments, the desert scene imparticular, it fell short. Dry story and an overly exaggerated and neon Hulk. I've seen the Avengers, and Mark Ruffalo just does not capture the struggle of being Bruce in my opinion.

Here, our movie starts of with Ed Norton portraying the titular character in Brazil (picking up where the 2003 story left off). He poor, depressed about not being able to go home, maintaining a very low profile to avoid the public eye at all costs; I felt for this version of Bruce Banner. I did his best to stay calm, but when push came to shove and then pushed some more, Hulk pushed back!!! The creators of this film said they wanted their Hulk to have a giant, green linebacker look, and it works! Hulk is intimidating, powerful, above all angry, and I still get chills hearing him speak for the first time from the shadows.

I would have preferred for Ed Norton to continue this role, but alas, Hollywood. The story for the film is not overly complex. It runs like a long episode of the old tv show. Bruce is trying to stay away from the army, he slips up, and they go after him again. The movie is excellent by itself but definitely ties into the early days of the MCU. If you have never seen this film, I highly recommend it!

Lastly, love the steelbook comic book design. Check it out in the photos. 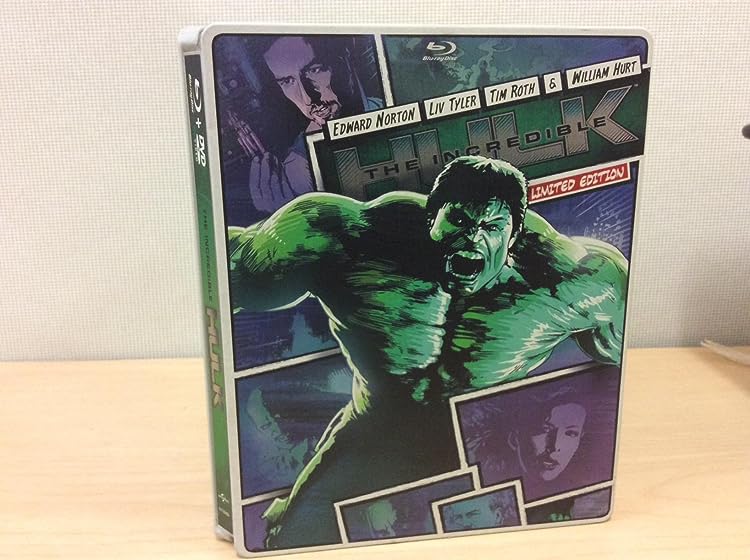 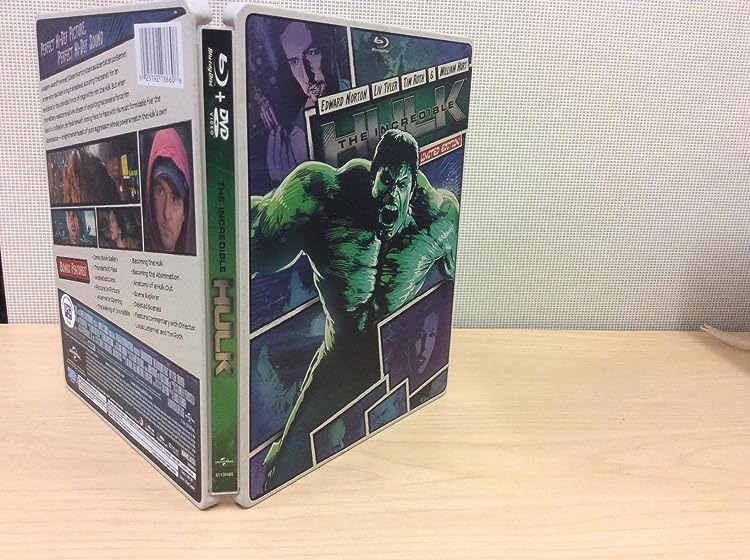