Captain America: Civil War (Plus Bonus Features) This is the film Avengers: Age of Ultron should have been.

Captain America: Civil War is one of the most engaging entries in the Marvel Cinematic Universe ("MCU"). Most notably, it poses the question: Are superheroes ever held accountable for the collateral damage they leave in their wake? This serves as the main conflict for the film, and brings many of the core Avengers to the forefront. Additionally, we are introduced to Black Panther and Spider-Man, and the climactic battle is both creative and thrilling, giving the latter two newcomers adequate time in the spotlight. With a denouement in the vein of The Empire Strikes Back between the now-ideologically-opposed Captain America and Iron Man, it's going to be interesting seeing how things lead up to Avengers: Infinity War.

While I generally enjoy the MCU films, not all of them break any new storytelling ground and have a tendency to recycle plot points. After feeling a little underwhelmed with the tonally-scattered Avengers: Age of Ultron, I approached this entry cautiously optimistic, and I got the superhero ensemble film I had hoped for. While Civil War is technically Captain America's film, it is very much a fully-fleshed ensemble superhero film, where Cap's main conflict serves as the foundation for the other heroes' conflict over the political action the world governments have taken to restrain their powers. Aside from the stellar acting, the fight scenes are impeccably choreographed and the special effects cutting edge.

Now, the Blu-ray: The image is what one would expect from a modern, special-effects extravaganza. Which is to say - Bold colors, balanced black levels, and strong detail. Aside from the obvious showcasing with the superhero suits and makeup, Civil War has some impressive cinematography; aerial shots of cities and landscapes get some additional mileage from this exceptionally clear transfer.

The sound is DTS-HD Master Audio 7.1, with DVS and Dolby 5.1 French and Spanish language tracks. Again, very strong across the board with appropriate bombast and directionality with explosions and projectile weapons. There were times I felt the dialogue was a little on the "loud"-end, but it's nevertheless clear and intelligible. The music is also equally impressive, and never drowned out by the film's chaotic action sequences.

This review is based on the Target exclusive, which in addition to the standard features (the same as in the general release), contains a behind-the-scenes featurette on Ant-Man and Winter Soldier that is available as a Disney Movie Rewards digital download. Among the standard extras, we get: United We Stand, Divided We Fall: The Making of Captain America: Civil War - A two-part documentary covering multiple production, and story aspects of the making of the film. Captain America: The Road to Civil War - A featurette about Captain America's role within this installment of the MCU. Iron Man: The Road to Civil War - A similar featurette, focused instead on Iron Man. Open Your Mind: Marvel's Doctor Strange Exclusive Sneak Peek - A run-of-the-mill promotional featurette on the upcoming Doctor Strange film. Four deleted & extended scenes that aren't incredibly remarkable. An entertaining gag reel. Finally, we get an audio commentary from the directors and the writers. 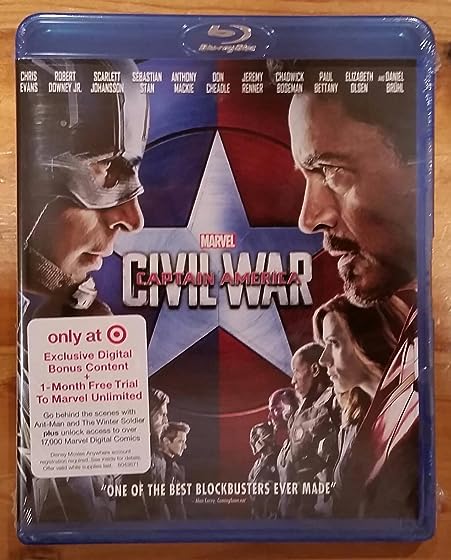 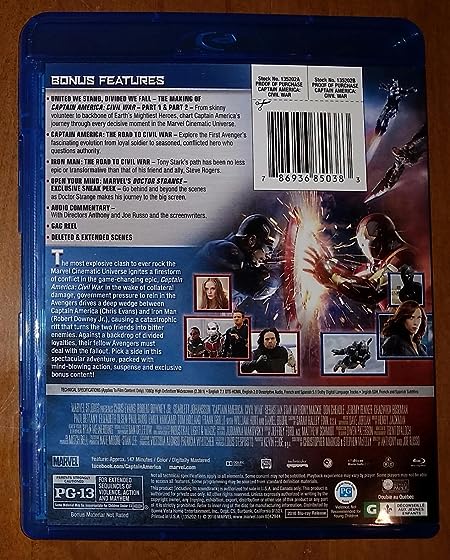 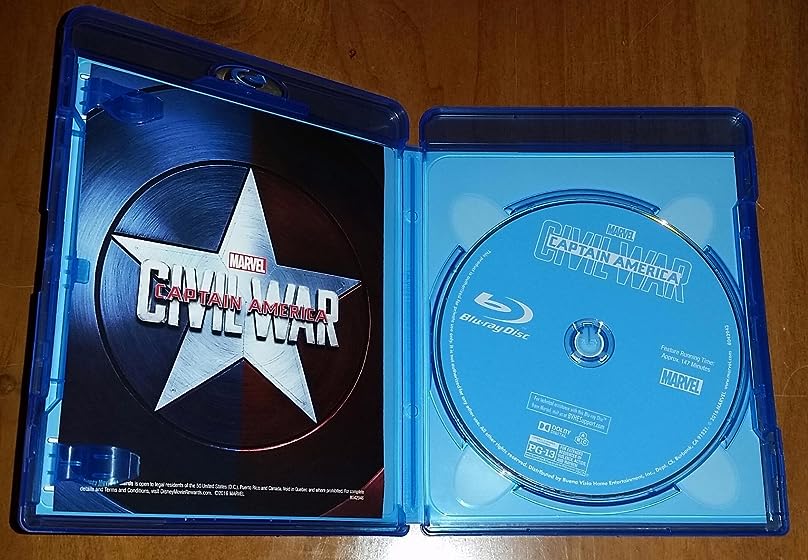