The Incredible Hulk Incredibly Repairing The Tarnished Legacy Of The First Film...Almost

(Even though I'll try to be as spoiler alert as possible, chances are it might not be close enough, so consider this your warning. Also, my rating/review is solely based on the theatrical movie by itself, not a DVD release)

So today I saw what many has stated to be the proper return of Marvel's The Incredible Hulk to theatres. But could it erase the bad memories of Ang Lee's 2003 over drawn-out film?

First off, this is definitely an improvement to the 2003 version. It's story is more to the point and more exciting. Ed Norton does a fantastic job as Bruce Banner. In fact to say his performance was based more on Bill Bixby's than anything else would be an understatement. And as the Ross' this time around, Hurt and Tyler do just fine replacing Elliott and Connelly, making you even think they're basically the same people. So cast here, with Tim Roth as the baddie in tow, isn't a problem.

In fact, if you missed Lee's movie don't worry, an edited reworking of it (with the new actors of course) appears under the opening credits. But it pretty much starts off where Hulk 1 left off with Banner hiding out in Brazil while IM communicating with a scientist stateside concerning finding a cure. After a freak accident at his job at a soda-pop factory(?), he of course is found and let the Hulking begin! Along the way he returns stateside to find this doctor that he has been communicating with (his name is Samuel Sterns, does that ring a bell?) and an aging military man by the name of Blonsky who undergoes a similar process as Banner's, and becomes Hulk's only real competition, The Abomination. There, I think I said enough.

Overall, I as a Hulk fan, enjoyed this movie. But did I freak-out over it? No. While this film is fan-boy's dream with cast, character, and quote cameos all over it, it's main appeal, The Hulk himself, still has one big flaw: He Looks Fake. No matter what advances in CGI we have done in the past fifteen years Hollywood still can't re-create the human form believable enough. During long-shots he looks decent, but on close-ups he doesn't even look like he's on the same screen. This was very distracting at first, and by the time the movie's flying a thousand times a second, you either get used to it or think you're watching just an expensive cartoon. I should state at this point that this film as a whole draws more from the actual comic books than anything else. At times in the beginning, the 70's TV show is a big inspiration, but towards the end all I could think of was "this really is like the comic book". If that was a good thing or not I'm not sure.

In conclusion, The Incredible Hulk is a decent movie. It is better than the first film, but it won't be the next XMen or Spider-Man either. Put it a few notches above The Fantastic Four. I do feel it will be better on the small screen than the big one, and in maybe an extended version as well. Some might recall that Norton was very unhappy with the final cut of the film, and I can see why. It did look like scenes were missing (alot of them made the trailers, but not the movie?), and it's acting portion is what to me saved the flix in the first place. I saw it for free, glad I did see it, and will watch it again on disc, but suggest for you to wait for that third option. You'd probably like it even more than I did.
(RedSabbath Rating:7.0/10) 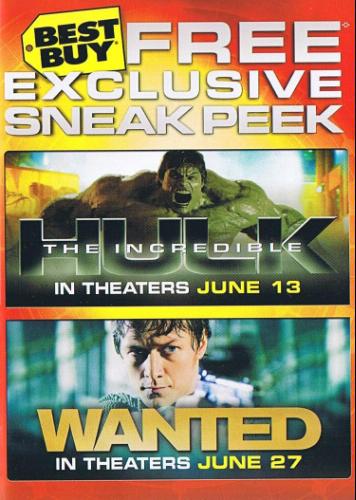 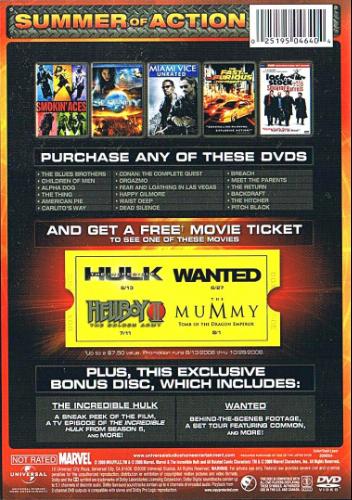