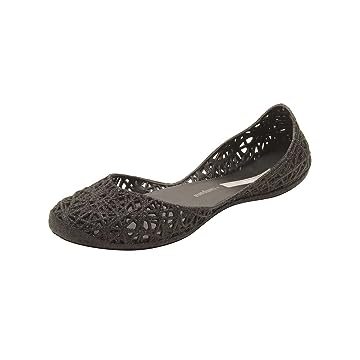 Cutest flats that get tons of compliments!!

I adore these Melissa flats so much and own the Campana Zig Zag in several colors. My previous Melissa Campana Zig Zag flats broke/tore at the heel and toe areas because they were too small, but I managed to get a good two years out of them! It's unfortunate that they don't come in half sizes because I usually wear a size 7 or 7.5. In these shoes, the 7 is just a smidge too small and the 8 are a smidge too big (but sizing is as I would expect). Since the plastic is smooth and does not "grip" to the foot, the bigger size somewhat flops around at the heel when walking. I opted for the smaller size so they would stay on easier. 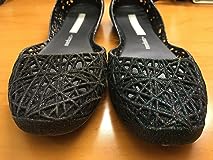 Love my shoes!!! I have wanted a pair for over a year! I finally plunged in and bought a pair. I wear a 9.5 USA so I bought a 10. They fit with a little toe room.
They smell wonderful! Like grapes.
I have rainbow glitter on mine, it does get everything glittery, but I love glitter so I don't mind. I'm sure that the excess glitter fall will lessen. 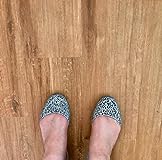 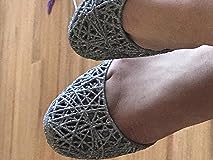 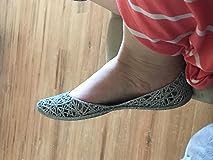 For both me and my toddler! Such comfortable shoes and wonderful for the summer. If you are looking for arch support there really isn't any...... 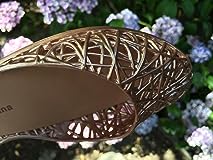 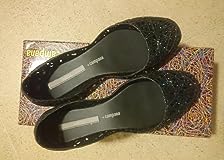 They tore on the first night of me wearing them