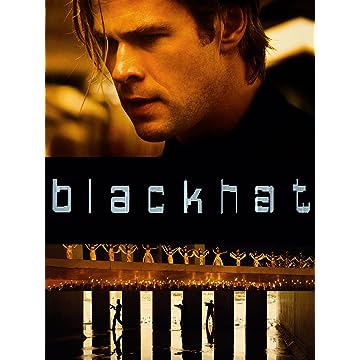 The acting is superb. Hemsworth is a great leading man. His performance was believable as a computer hacker/coder. All the subordinate actors are A list. I really like the cast in Blackhat because they are smart, realistic and extremely good looking. Mann chose a lot of talent that is not as recognizable as some of the actors in his other films. When one of the Chinese agents gets shot in a gun fight the viewer is emotionally disturbed. The cinematography is spectacular. The style of Mann's films is conveyed in Blackhat with wide angle shots of airports, shipping yards and inspirational Chinese cities. Every shot in this film is carefully planned out and unique. When I saw Blackhat in the theater, the sound track was riveting. I watched it on my laptop and was equally impressed with the score. The story is compelling. The tech jargon in the film makes it realistic. Even if you don't know what a PLC is you will be entertained by how the technology is used to progress the story. While viewing Blackhat it felt like I was watching real news. The Chinese nuclear facility breach brought back bad memories of Fukushima. Blackhat is a movie that can be viewed several times.