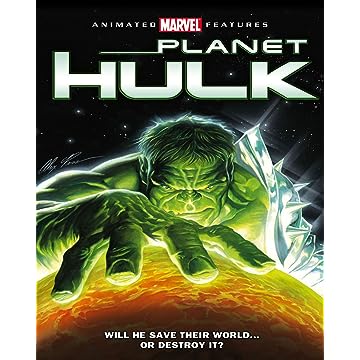 Planet Hulk is a great film especially on Blu-ray bought this off Amazon because Australia never released it and its also Region B not just Region A. Though the image of the Blu-ray is a bit deceptive I thought I was getting a green Blu-ray case cause of the green bit up top of slick also it says digital copy and special edition but the one i got didn't come with a digital copy and it only said special edition up top. Other than that its a great animated film, cant wait to read the comics of planet hulk.