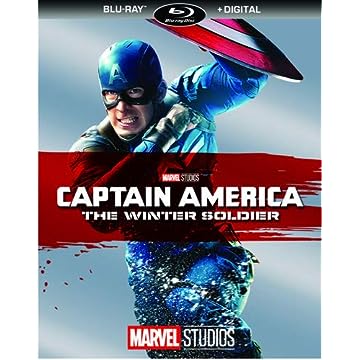 Great movie to add to our Marvel movie collection. 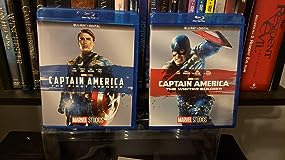 I have not yet had a chance to try to watch the movie. I wanted to immediately report that this disc was clearly broken or cracked at some point and was later repaired and resold as "very good" but since the center of the disc is the most abused part going in and out of the case I am dissappointed that someone would find this to be an acceptable product to sell. In my opinion it should have been disclosed in the notes that it was repaired, and/or marked as only good condition if the film works but disc is in disrepair.

Although I did not read comic books about Captain America, I enjoyed both films and the Avengers. Captain America is unique. He is the symbol of America and shows pride. Also the supporting casts added depth and intrigue to the movie. I can't wait to see Captain America 3. 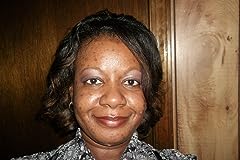 I agree with many that it is the BEST Marvel movie to date (yes, even better than Guardians Of The Galaxy). The funny thing is I HATED the first one but Winter Soldier is head and shoulders above the original and above ALL other comic-book movies, hands down. It actually has a well-written plot and great action sequences. As much as I loathe CGI, the effects were top notch. The story seemed to be almost ripped from the headlines since it deals with 24/7 surveillance/tracking of citizens and drones. I LOVED the Falcon character (Anthony Mackie did an excellent job) and hope they will bring him back in more Marvel movies. Also, Frank Grillo did a great job. I would say more but don't want to spoil it for future films. It absolutely impressed the hell out of me (especially since I don't really care for the acting of Chris Evans--he's usually the weak link in any film he's in). Overall, though, SUCH a good, entertaining movie. I bought the blu ray as soon as it came out. 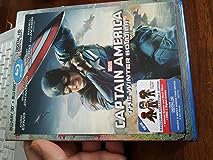 (Side note
(Side note: I did NOT purchase this movie, though I did pay a couple bucks to rent it on Amazon. I assume that's where the "Verified Purchase" label comes from. But I do not consider myself qualified to identify this review as a "Verified Purchase," and if I can remove that label I'd love to know how.)

Twice I tried to watch this movie. It is not a bad movie. I can absolutely see why it gets the praise it does.

But I could not stomach two hours of that obnoxious Gary Stu Steve Rogers. Right from the start, he jeopardizes the lives of 20-30 hostages, to prove to one insignificant henchman that he can win a fight without his shield and helmet. It two one taunt from this nobody to get Steve to do that. Steve then chews out Black Widow for "jeopardizing the mission" because she stopped to collect intel on the enemy, and then tantrums to Nick Fury over the fact that commanding officers are not required to immediately share all info with the glorious Steve Rogers right away. Sure, all the *other* soldiers have to accept the chain of command, but he is not some peasant, he's Captain ****ing America!

This blatant hypocrisy and entitlement is never addressed (at least in the half of the movie I managed to watch). Instead, the movie rewards Steve's asinine attitude, by warping the universe to prove all of his opinions "right." Steve and Nick disagree about security. The day of the argument, the security turns out to be a giant plot by Hydra to conquer the world. See what happens when you disagree with Gary Stu?

This would be obnoxious enough for any character, but in *Marvel,* which usually specializes in well-drawn, flawed characters who are forced to confront their own flaws, it's particularly irritating and distracting. Especially when it's centered on the character who we are supposed to see as the "pure" team leader, the genuine "hero" to Black Widow, Tony Stark and Nick Fury's "antiheroes."

All other characters were very likable, which is why I made two attempts to watch this. Nick Fury, Black Widow, Falcon, Maria Hill, and Bucky--god, poor Bucky--I wanted to see the movie for those characters. But seeing this movie's version of Steve Rogers was starting to become hazardous to my mental health, so I had to stop.

I shouldn't be writing this review at all, as I've been trying to avoid anything Captain America related. To be clear, I like him just fine in his first movie and the first "Avengers" film from 2012. But here and in "Civil War," all I see is Edward Cullen with a shield. When I want a pure, idealistic hero from Marvel, I'll watch "Black Panther," "Thor" or "Spiderman: Homecoming." Those guys, unlike Steve, are forced to actually earn their reputations, both in-universe and from the audience.

The disk was broken when I opened the case to watch the movie.

I ordered this one specifically for the look only to not receive the slip cover. Great movie otherwise.