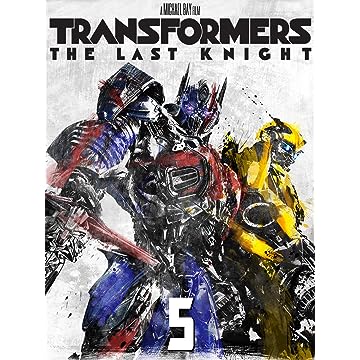 What is not to love?? Robots, gorgeous cars, gorgeous people, awesome car chases with UK backdrop, and LOTS of EXPLOSIONS!! All eye candy all the time. 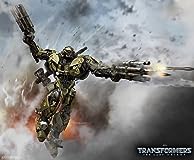 LEARN HOW NOT TO MAKE A MOVIE HERE. ALSO, A GOOD MOVIE TO WATCH IF YOU LIKE TO RETCH.

Incoherently stupid. Sometimes you watch something just because it is ridiculous, but this film is so poorly done that it won't even make it as Mystery Science 3000 fare.
1) Some if not most of the graphics, especially that of the robots themselves, looked like cartoon drawings.
2) I don't believe that anyone in this movie had any real motivation to do any of the things therein presented. So there is a constant, unbroken chain of non-sequiturs.
3) The dialogue is inane and confoundingly trite. There is an endless stream of profanity directed towards nothing and no one.
4) This movie was made because apparently there is too much money in the world
5) Did Optimus Prime just happen to float unguided to his home planet? What's the probability of that? Zero? Because that's what I want to rate this film--- oops --- movie.
6) Every cliched meme available to American film making was repeated throughout the movie at such a rapid pace that I thought that I would vomit. So, before I did, I just turned the movie off.
7) Come on Mark. Come on, man.

This movie is about 150 minutes, but don't worry: it'll be the most happening 150 minutes of your life. I don't mean happening as in like "man this movie is happening!" I mean it like, stuff is constantly happening to the xtreme. Intense CGI, fast moving shots, quick cuts, panning shots of vehicles, panning shots of people sliding around on stuff, it goes on. Hate character development? Great! You'll never get a single moment to spend getting attached to any of the characters and if you even come close, something explodes, or the movie simply moves onto something else, never to return to that moment again. Hate crying? There won't be any of that here for even the most emotional of people, since every single thoughtful moment of the movie is broken up by one of the transformers (who are apparently all comedians) breaking up the thick air with some light-hearted swearing!

The story: There's a bad guy, and there's some good guys. Somehow the good guys are gonna stop the bad guys, but how? Well some of the good guys are the "chosen ones" because of reasons, and it'll take a desperate move from them, along with the other good guys, to stop the bad guys. BUT WAIT, isn't Optimus a bad guy in this movie? Don't worry, it's only relevant for about 5 minutes and then all it takes is Bumblebee speaking up with his own voice, somehow since his voice box is apparently always broken, to shake off Prime's brainwashing! Then he's a good guy again. Whew, we almost had to consider the ramifications of Optimus being on the opposing side for a second. Megatron is there too, in the same way someone is on his tiptoes, desperately trying to get his head into someone else's selfie shot with his arms waving around and everything. You guys remember Megatron, right? He's like, the bad guys' supervisor or something I think. He transforms into some kind of vehicle if I'm remembering things correctly. He plays a role in this movie, I swear.

The CGI: Finally, we're getting to the meat and potatoes of storytelling. I remember when we had to read some books to consume stories. Those books had no CGI at all and it was awful. Now we have movies and those have tons of CGI! And what movie has the most CGI? This one! Using CGI you can, like, make people do 300 backflips at a time and other impossible stuff. You can make the big bad guy of the movie look like a human, even though she's from Cybertron, except she looks like she's made out of Legos. Why would someone from Cybertron look like they were a human? Well because the two planets actually have very deep histories with each AH-HE-HE-HE-HEM JUST KIDDING they did that because it LOOKS COOL, which is what we are actually looking for, not that other nerdy stuff.

Final verdict: Totally tubular. I didn't feel a single emotion in this entire movie, which is how I like it. We're one step closer to being the absolutely blank automatons we all hope to be. I tried to give this movie a 10 out of 5 stars but my finger slipped, so, my bad.