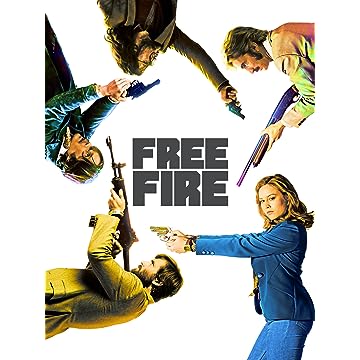 Free Fire-In My Own Words

Film studio A24 has seen numerous successes with their film releases over the past couple of years. Having seen a fair share of their movies, it's no secret that I am usually always anticipating their next release. How well does Free Fire hold up as a movie?

As a movie, Free Fire holds up pretty well. This zany comedy is mostly what I expected it to be. The movie itself has a relatively big cast; though I found Armie Hammer's character Ord and Sharlto Copley's character Vernon being main standouts.

And much to my surprise, Jack Reynor's turn as Harry also benefits Free Fire as a whole. Cillain Murphy and Brie Larson also star as Chris and Justine respectively

Though it is sure to bring laughs, Free Fire certainly earns its R Rating with the action sequences that it has. While the movie does lack some substance, it's the effort of the cast that ensures that Free Fire doesn't lose its entertainment value.

And while It may boast some familiar elements from films past, Free Fire manages to make the most of its alloted screentime and ends up being a mostly enjoyable film.